Serial No. of Order detailing Flight or Squadron to patrol (B) 85

Place Attack was delivered (H) East of the Naze

I attacked enemy bomber (No. 7 in formation) from below and behind from the distance 200 yards. I gave him 1 burst four second long. Just after enemy plane began to smoke and fire. He turned over on his back and dived straight into he sea. One of the enemy crew baled out with parachute. I attacked another enemy bomber and I gave him two 4-5 second long bursts. He began to smoke and glided to the coast. At the same time another of our fighters fired at him. We followed him until he force landed in the wood near Woodbridge. I was in Blue Section as No. 2. 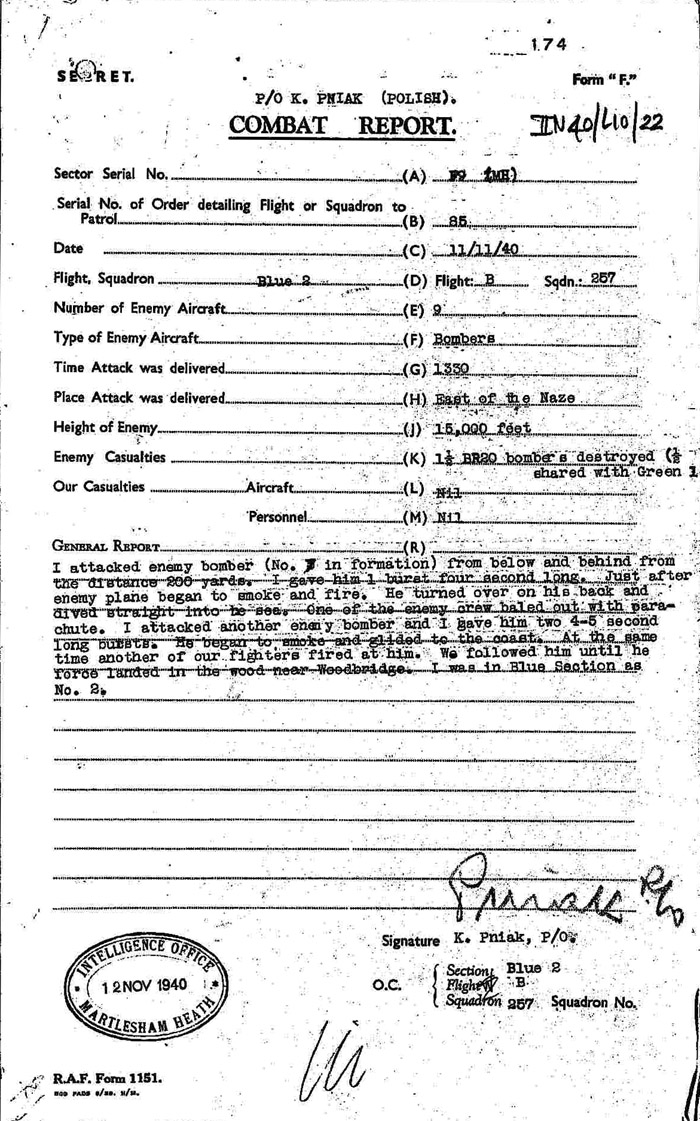