Sector Serial No. (A)

Serial No. of Order detailing Flight or Squadron to patrol (B) Nil

Number of Enemy Aircraft (E) about 130

I was Green 1 flying Hurricane RF.V. I took off at 1615 and flew with 5 others of 'B' flight to St. Albans at 9000 feet an excercise to intercept 6 Blenheims. At about 1635 I saw fire on the ground and shells bursting at my altitude, and a strong enemy formation in two tiers in echelon at about 14000 feet flying from starboard. I saw some of our fighters among them. I said to Apany leader 'Bandits 10 o'clock', but received no reply. I made towards the enemy. The flight remained behind me. I waggled my wings, and then saw at the same altitude as myself an E/A banking towards me. When he was almost head on, he saw me and went into a steep dive. I followed, and, as he pulled out, I fired from directly behind a burst at 250 yards at the fuselage. Overtaking him, I fired a long burst at 100 to 20 yards at the starboard engine from underneath. The engine stopped and burst into flames. I broke off. As another Hurricane UC.J. went in to attack, I saw a parachute leave E/A. Enemy dived. I followed down and gave E/A a short burst, though I realised immediately that it was not necessary. E/A crashed and exploded. I regained height, and, being unable to see my flight, I returned to Northolt. 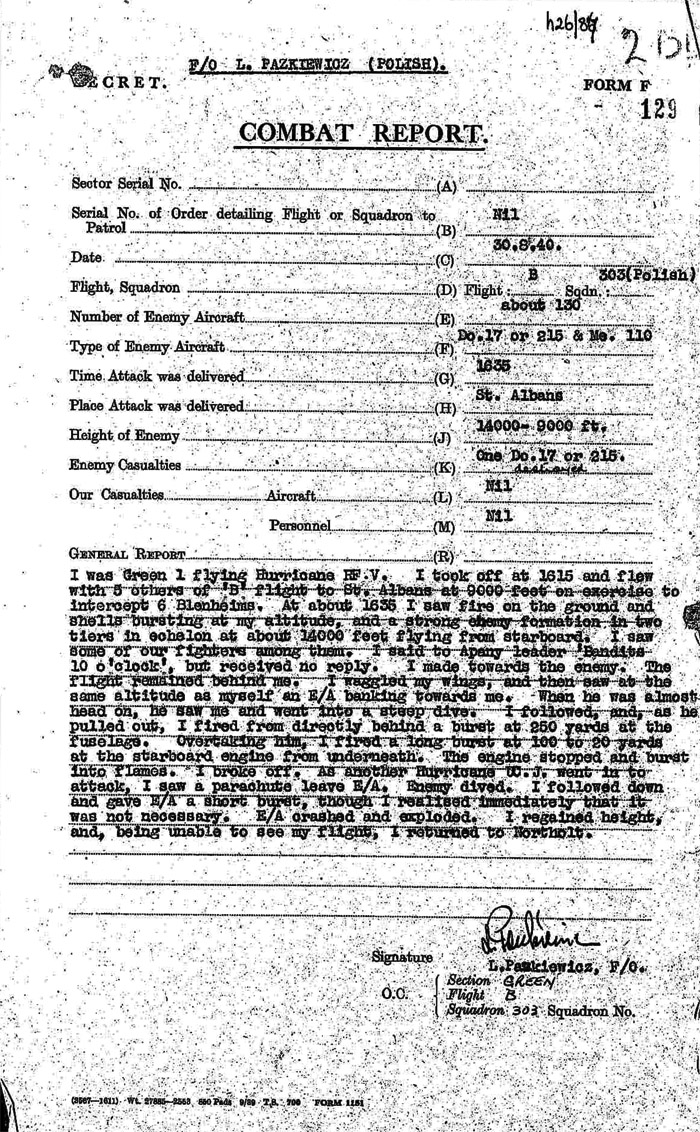